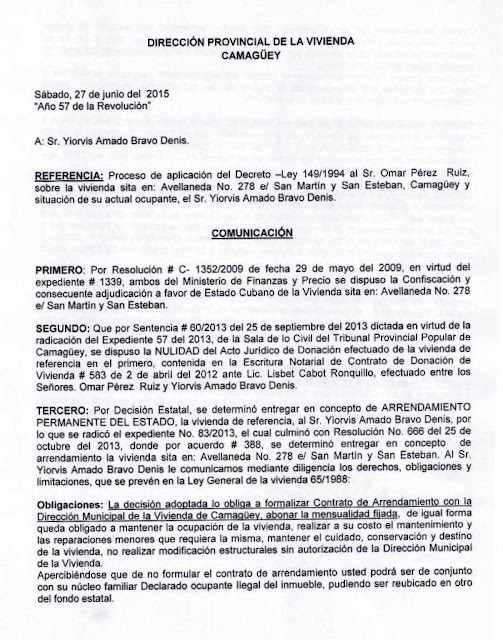 ¿What good are the words of the Bible if the actions of the Church nullify the noble deeds they profess and advocate?

The Church that is oblivious to Reality.
By Angel Santiesteban-Prats.*
The beatification of Father Arnulfo Romero is the mirror where, for El Salvador, Latin America, and the world, the pastors of God should look and reflect, in order to attend the spiritual and material needs of their flock, which simply means remaining alongside the aspirations and suffering of their people, as an intrinsic part of the Church.
The churches, especially the Catholic Church, perhaps the least swayed by dictatorial government—should accept pain as Christ showed us. I also feel it is the duty and obligation of intellectuals through their works to examine, discuss, and make suggestions regarding the disputes that concern the populace. If the Church, the intellectuals, and the opposition politicians join forces, the totalitarian power would not abuse nor run over the most basic rights of Cubans.
You cannot count on the pastors of the Christian and Protestant churches; most have acquired wealth like the new rich in these times of crisis, or they are silent out of fear of losing their property and being removed from their congregations.
The Catholic Church—beginning with the most glaring examples, Cardinal Jaime Ortega and the national curia—has turned its back on its people, humbling themselves before, and agreeing with every scheme of, the military that misgoverns the nation.
What image does the Church present when it defends the dictatorship and covers up its misdeeds, to the point of becoming an accomplice? When has the top Church hierarchy called on the tyrants (or presidents, as they prefer to call them) to defend the people from their injustices?
What credibility does the Church have if it is unable to raise its voice to protect the brave and peaceful Ladies in White, who—Sunday after Sunday—are harassed, beaten, and jailed right under their noses, just opposite the church of Santa Rita, where they punctually attend mass?
What good are the words of the Bible if the actions of the Church nullify the noble deeds they profess and advocate?
We do not want a bishop to be assassinated, as in the case of the Blessed Romero; but we do need a bishop who is as close to God as to his oppressed people, and who will confront injustice—barefoot, sweaty, with patched, faded clothes, and above all, with that light in his eyes that covers and guides his flock like a protective mantle.
hopefully the day is coming when we will feel that the Church is an extension of the people, and vice versa, and that its temples are our houses, and we no longer encounter the feeling of alienation and distance that has invaded us for some time, seeing them with their expensive, spotless vestments, their rosy skin shielded from the sun’s rays with creams, in their air-conditioned offices, or observing their people from behind the windows of their automobiles.
At times, we’ve confused their speeches with the Party line, because they never utter even a faintly critical word or suggestion to seek a necessary and urgent change in Cuban society.
I don’t know who the candidates are to replace the current Cardinal, who is already past retirement age. Hopefully it will be one of the righteous, who is rooted in the people and does not fear the tyrant.
I can never forget Bishop Siro (from Pinar del Rio, now retired) who always accompanied his flock, his people, without fear of consequences, adding noble pages to the history that we who barely live in freedom will one day collect, and which for now we keep in our affections.
I understand that in some way Father Conrado is a disciple of Bishop Siro, or of the Blessed Romero, who in their own times and in their own ways were not afraid of attacks by the hitmen of the dictators and of the Church itself, which squelches any rebellion by its ministers.
We dream that the Church wins and regains its place in society—especially among young people, who so badly need its ancient wisdom, its fellowship, light, and love—and that some intellectuals accompany us.
Source: Translating Cuba


*Angel Santiesteban is a renowned Cuban writer and blogger. He was condemned to 5 years in prison by the Castro regime for his criticism of the dictatorship. Santiesteban has been published around the world. He has also been honored with various literary prizes, including the Alejo Carpentier Award organized by the Cuban Book Institute in 2001 for his book “The Children Nobody Wanted” and the Casa de las Américas Award in 2006 for his book “Blessed Are Those Who Mourn.” In March 2009, he started his blog also titled “The Children Nobody Wanted.” For his open opposition to the regime Santiesteban has been the subject of continuous harassment and false accusations resulting now in arbitrary imprisonment in Border Prison Unit, Havana. Use the hashtag #FreeSantiesteban on Twitter.
en 6/25/2015 11:38:00 a. m. No hay comentarios: 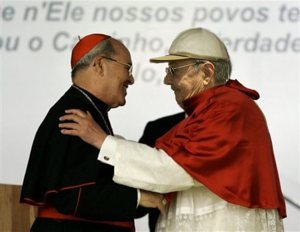