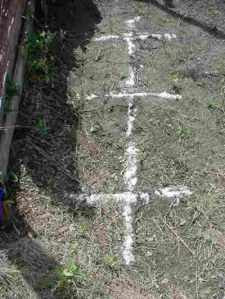 By: Luis Felipe Rojas.
I have to admit that the kids of this current generation really manage to try to live with the pulse of the times.
Increasingly, I run into more and more people on their way to the babalao* or tarot card reader; there are those who at night go into downtown Holguín to take courses in Positive Energy. I have two friends that are introducing Buddhism to Moa, the City of Nickel.
It’s been a long time now since I’ve been to a bembé** or saint’s feast. Before, I used to go and have fun all night eating and dancing or watching the acrobatics and spasms of those who say they’re “mounted by the dead,” but I’ve known that many people who go also want to leave the country, to meet an American, to get a doctorate, want their boss to break a leg or that chick to finally get kicked out of the union “because she’s a real snitch.”
They ask for everything. They bring everything that the priest asks for the spell and sometimes it’s as expensive as the trip itself or the miracle they wish to accomplish.
I don’t know if they ask for the police and the worst elements of the army to be abolished once and for all; for an official decree sending state inspectors to cut sugar cane at 12:00 noon; or for the unattainable merchandise in the foreign currency stores to be finally marked down.
I started asking some neighborhood pals, if they went to Yiyí the Santería priestess, what they would ask for, and these were the most common requests:
- For the economy to improve (but nothing about Economic Freedom).
- For all to able to travel without having to ask permission (but nothing about the Freedom of Mobility).
- That there be (said two or three, almost in a row) many TV channels and that the Internet be free (but they didn’t even mention Freedom of Expression).
It’s astonishing: there are people who don’t know that in the Spanish lexicon the word LIBERTAD (Freedom / Liberty) is one of the most beautiful and luminous.
Translator’s notes:
* Babalao: Yoruba term used in Cuba for a priest of the Santería religion.
** Bembé: A ritual party thrown in honor of the Santería deities, wherein they are exhorted to descend and join by way of channeling through, or ”mounting,” the gathered priest/ or priestess/mediums.
Translated by: Yoyi el Monaguillo
Source: Cruzando las alambradas.
en 8/25/2010 06:25:00 p. m.