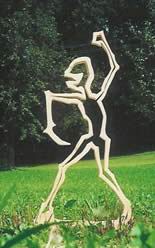 Dr. Octavio Rios Verdecia, minister with the Assemblies of God in Cuba and pastor of the Words of Life Church in Havana, Cuba suffered an attempt on his life on december 19. Verdecia was leaving his house when Eduardo Valdes Oliva approached him. Oliva had attacked a Baptist church several years before and had served time for various criminal activities.
Oliva began beating Verdecia with a police stick and attempted to stab him with a knife. He also smashed bottles of homemade wine against the doors of the church. After Verdecia gave a statement to police, they arrested Oliva only to release him seventy-two hours later. Oliva immediately continued his campaign against Christians by attacking another church with stones. Still on the streets, Oliva has vowed to “complete the work” he has begun.
Pastor Verdecia has said he is prepared to die for Christ, if necessary. Cuban believers are asking us to urgently pray for Pastor Octavio’s safety.
Pray that he will be allowed to continue bringing the Gospel to his city. Pray that Eduardo will see his own sinfulness and turn to Christ. Ask God to open the eyes of the authorities to see the danger that Oliva presents to local believers. Pray for pastors in Cuba who face increasing threats and physical opposition to the message of Christ.
http://www.cfaith.com. March 27, 2006
en 3/29/2006 08:07:00 a. m.

From within and without, faith under attack in Cuba

Cuba may have disavowed its official atheism in 1992, but there is still no room under communism for true freedom of religious expression. Houses of worship are strictly regulated, and men and women of faith like Oscar Biscet are locked away in Fidel Castro's gulag.

Castro may place nice with the Vatican, and American "religious leaders" like Minister Louis Farrakhan and Episcopal Bishop Frank Griswold may sing his praises, but Castro and his regime are no friends of religious freedom.

Freedom is against the law in Cuba, especially the freedom to pray to a God who promises true liberation from the Cuban nightmare.

As Religión en Revolución notes, the thugs on the Cuban street know it.