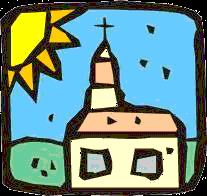 Christian Solidarity Worldwide. For immediate release. January 9 2006
CSW has learned that at least three Protestant churches have been forcibly closed down in Cuba after harsh legislation on house churches was announced in 2005.
Two of the churches, in the western provinces of Guantanamo and Holguin, were forcibly closed. The first was confiscated by local authorities in August and the other threatened with demolition at the end of last year.
A third church, in a suburb of Havana, was demolished while church members looked on at the end of the year. All were accused of being 'illegal constructions' by the authorities to justify the closures.
The new legislation, Directive 43 and Resolution 46, was announced in April in the wake of Pope John Paul It’s funeral, and required all house churches to register with the authorities.
Church leaders expressed their concern at the time that the registration process was so complicated as to be practically impossible. Many believed that this was actually an attempt to shut down the house church movement across the island.
CSW is disturbed that the three church closures seem to suggest that a new wave of repression of religious freedom could be on the horizon. It is possible that additional churches have also met with a similar fate but because of security concerns regarding communication in Cuba, this has been impossible to verify.
Stuart Windsor, National Director of CSW, said, "We learned of these church closures, confiscation and demolition with deep concern. We are calling on the international community to strongly discourage the Cuban government from taking any more measures that would restrict the rights of the Cuban people to meet and worship together. In addition, we call upon the Cuban government to return those buildings that have already been confiscated, allow for the re-opening of those that have been shut down, and authorize the reconstruction of the church that has already been demolished."
For more information, please contact Richard Chilvers, Communications Manager at Christian Solidarity Worldwide on 020 8329 0045 or email richard.chilvers@csw.org.uk or visit www.csw.org.uk
CSW is a human rights organization which specializes in religious freedom, works on behalf of those persecuted for their Christian beliefs and promotes religious liberty for all.
NOTES TO EDITORS:
Photos of the church demolition in Alamar, Cuba (a suburb of Havana) are available at http://www.noticiacristiana.com/news/newDetails.php?idnew=81709&country=0 click on "Ver Galeria de Fotos"
One of the major problems faced by Cuban churches is the difficulty of building, restoring and maintaining religious premises and places of worship where they can hold services. Current government policy allows only officially recognized church services in buildings that were constructed prior to the 1959 Revolution. The construction of a new church, as well as enlarging or renovating existing churches, requires government authorization, which is often given only arbitrarily - if at all. Churches belonging to the government- sanctioned, Cuban Council of Churches are an exception and are often readily granted permission to renovate and build.
Because many churches have grown in the last decade, most existing church buildings are too small to accommodate all their members. The logical alternative for many of these churches has been the establishment of house churches which explains, in part, the expansion of the house church movement across Cuba. There are now an estimated 10,000 - 15,000 house churches across the island, with between 30 - 200 worshipers meeting on a weekly basis.
Existing buildings (those built prior to the Revolution) are often over 100 years old and desperately in need of renovation and repair, but official permission is hard to get. Yet many churches have gone ahead without seeking permission, renovating and expanding the Church facilities as much as finances allow until they are explicitly prohibited from doing so by the government. Some churches have also built new structures, another practice that has been tolerated by the government until now. However, churches are in a constantly precarious legal position, and are vulnerable to the now very present threat of crippling fines, closure or even demolition.