A respected church leader in Cuba was unexpectedly arrested on Monday and taken to a town in Central Cuba where he is expected to stand trial. CSW believes the charges of “offensive behaviour” and “threats” against Reverend Roberto Rodriguez to be false. Those close to Reverend Rodriguez, who is in his late 60s and in poor health, say he became a government target after the organization he led publicly withdrew from a government sanctioned religious umbrella group in the second half of 2008, and that the criminal charges against him are an attempt to discredit and silence him. His arrest was so sudden that Reverend Rodriguez was unable to take important medication with him. It is feared that without it, his health will continue to deteriorate. 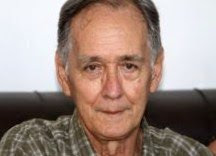 According to his family, state security officials arrived at the home without warning on 30 August and forced Reverend Rodriguez to go with them. The family understands that he will be taken to the town of Placetas where he will be put on trial sometime over the next few days. Prosecutors are asking that he be given a one-year prison sentence.
Charges were first brought against Reverend Rodriguez in late 2008 and he was given three trial dates over the course of 2009 but no trial ever took place. He and his family were forced to move after being subjected to constant verbal and physical abuse from their neighbors, apparently acting with the support of the government. He has spent the last 21 months under house arrest.
CSW is calling on the Cuban authorities to release Reverend Rodriguez immediately and drop all charges against him.
CSW’s National Director Stuart Windsor said, “The treatment of Reverend Rodriguez and his family over the past 21 months has been disgraceful. The European Union will be looking at the human rights situation and reviewing its Common Position on Cuba this month. While some heralded the release of some Cuban prisoners of conscience this summer as an improvement in the human rights situation, the arrest of Reverend Rodriguez this week demonstrates that the Cuban government is not interested in real human rights reform. We call on the EU to make urgent representations on behalf of Reverend Rodriguez to the Cuban government.”
For further information or to arrange interviews please contact Kiri Kankhwende, Press Officer at Christian Solidarity Worldwide on +44 (0)20 8329 0045 , +44 (0)20 8329 0045 , +44 (0) 78 2332 9663 , +44 (0) 78 2332 9663 , email: kiri@csw.org.uk or visit www.csw.org.uk.
CSW is a human rights organization which specializes in religious freedom, works on behalf of those persecuted for their Christian beliefs and promotes religious liberty for all.
Notes to Editors:
1. Reverend Rodriguez is a pastor in the Los Pinos Nuevos denomination and was the national president of CIMPEC, the Interdenominational Fellowship of Evangelical Pastors and Ministers. CIMPEC formally withdrew from the Cuban Council of Churches, citing constant government interference in their internal affairs.
2. The behaviour of Reverend Rodriguez's neighbors is consistent with a government strategy of encouraging “acts of repudiation” - where civilians are encouraged to harass and sometimes attack Cubans who have fallen foul of the authorities, usually human rights or democracy activists. The harassment of the Rodriguez family culminated in a physical attack against Reverend Rodriguez's daughter-in-law, who suffered a miscarriage and was hospitalized.
3. Photographs are available from the CSW press office. When using the photographs, please credit CSW.–
Photo: Rev. Roberto Rodríguez. (CSW Photo)
Read complete information about: Religious freedom in Cuba 01/08/2010, in English and Spanish.
en 9/03/2010 11:08:00 a. m.